First and foremost, in states with no legalization of marijuana which remain under only the federal laws, the question of “what to do?” is fairly simple: acknowledge that marijuana is an illegal drug and is prohibited in order to avoid claims and liabilities over the risk of impairment. In such cases, change is not necessary—for now. In other cases…

It may be time for employers to review existing zero-tolerance, one-size-fits-all policies for a complex issue, especially organizations running in multiple states: it’s safest to assume modifications for each state.


Here are some suggestions or considerations from and for Massachusetts:

Advice to Employers
“Given the high stakes and maze of state and local legislation regarding drugs and drug testing, employers should…
Work closely with counsel to craft drug-testing policies that comply with state and local laws;
Consider state law before implementing pre-employment drug testing or random drug testing in their policies;
Consider what substances to test for, including alcohol and marijuana in states that have legalized some use of the drug;
Be wary of inconsistent administration of drug tests since failure to test in a uniform manner could expose [employers] to claims of discrimination.”

*Reasonable suspicion is a lower standard of “proof” than probable cause: facts sufficient enough to lead a “reasonable person” to conclude an employee is impaired on the job, including (as in recent cases) things like social media posts or witnessed physical symptoms of being under the influence. By Rhode Island definition: “reasonable grounds to believe, based on specific aspects of the employee’s job performance and specific contemporaneous documented observation, concerning the employee’s appearance, behavior or speech, that the employee may be under the influence of a controlled substance.” Otherwise, advice is to be wary of testing and aware of state laws to avoid the potential of fines or defending oneself in a discrimination lawsuit. 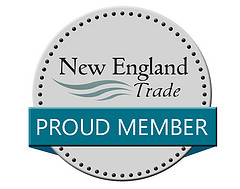